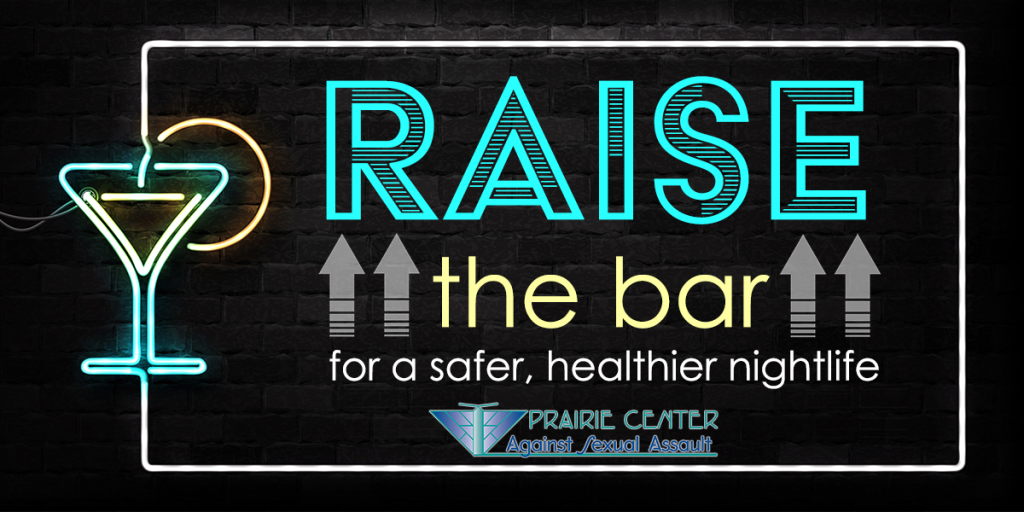 Emerging evidence suggests that the best way to prevent sexual harassment and sexual violence is by engaging the entire community in prevention efforts.  Raise the Bar will teach and empower bar and nightclub owners and staff to recognize problematic behavior and safely intervene to halt the situation. The two-hour workshops focus on positive messaging, bystander engagement, and changing social norms. This multi-faceted approach will help create long-term change by eliminating many myths surrounding sexual violence and ultimately creating safer communities.

Why is a program like Raise the Bar needed?

According to the Department of Justice: Drug Enforcement Administration, “Drug-facilitated sexual assault (DFSA) occurs when alcohol or drugs are used to compromise an individual’s ability to consent to sexual activity. These substances make it easier for a perpetrator to commit sexual assault because they inhibit a person’s ability to resist and can prevent them from remembering the assault.”    Alcohol is the most commonly used substance in DFSA and has been considered a factor in 37% of reported rapes and sexual assaults.  When bar and nightclub staff are trained to recognize the warning signs and empowered to act, they can be the first line of defense in preventing sexual violence.

The relationship between alcohol consumption and sexual violence

While the use of alcohol does not definitively cause sexual assault, alcohol consumption and sexual assault often go hand in hand.   Having said that, it is essential to remember it is NEVER the survivor’s fault for an assault- regardless of the presence or absence of alcohol use.

In 2001, the National Institute on Alcohol Abuse and Alcoholism released a study examining the correlation between sexual violence and perpetration.  Some of their findings include: